In the musical connections my musical enthusiasms make, an album which is linked at the same level of vocal genius as Laura Nyro’s is ‘ Harmony Row’ by Jack Bruce. A true masterpiece. 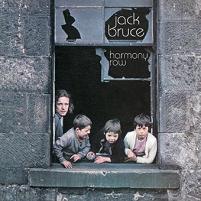 I first heard ‘New York Tendaberry’ , on a tape I bought in Cambridge, Mass in 1987. Half a liftetime and 1000s of records and cds later, this remains one of the greatest and most unique records in rock music, still startling in its daring now. Very few singers have ever come near the places Laura Nyro took her voice. 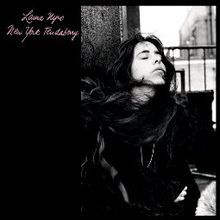 Richard Thompson was already a great songwriter in his teens and has remained so for more than 40 years. It’s always exciting to hear his albums because you are very likely to find a song or two that you will always be with you. ‘ Mock Tudor’ is one of his best albums.

It’s a shame Steppenwolf have been overshadowed by other bands of their era, to the extent that a lot of listeners would only know them for ‘Born to be wild’ and a couple of their hits. Their albums contained some of the most politically incisive writing of any band active in the 60s/70s that hasn’t dated over 40 years. My favourite Steppenwolf song is ‘Monster’ and my favourite of their albums is ‘Steppenwolf 7’. 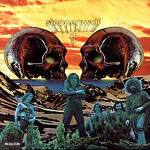 More than 30 years ago I heard the self titled debut album by David Forman (pictured below) for the first time.

Purchased on one of my endless teenage expeditions to Notting Hill’s Record and Tape Exchanges, it has never left its place among my very favourite records. It is a truly great and original album.

In the days before today’s wired and technologically joined up world, it was not easy to find out more about this amazing record or its creator.

I did not hear any more music by David Forman until the late 1990s, when I picked up a cd of ‘Largo’ (at the now sadly long gone Record & Tape Exchange in Fulham) . Forman contributes songs and vocals to this great concept album, masterminded by Rick Chertoff, Rob Hyman and Eric Bazilian. I hope the digital age will see a re-discovery of ‘Largo’, as it is a true rock masterpiece.

After finding ‘ Largo’, I tracked David Forman down through the web. We exchanged a few e-mails and I discovered that he had  recorded a second album. This was then, and is still now the unreleased album I want to hear more than any other. If any labels are reading this, please release this record. If it was not exciting enough to know a second album existed, the realms of true listening desire are reached knowing that Ry Cooder played on it and Jack Nitzche produced it.

After Bathing at Baxters – Jefferson Airplane

‘After Bathing at Baxters’ is probably the best album by Jefferson Airplane, a band who still sound still sound innovative today. In the last 40 years, very very few have even come close to the trail they blazed.

Tony Williams was one of the greatest musicians who ever lived. There are countless amazing recordings that he played on. ‘Ego’ is my favourite of any record that he appeared on, that I have yet heard. I remember the excitement of finding this CD in Concerto in Amsterdam many years ago. ‘Ego’ is a great album.

I have adored this album, since I first heard it a little over 20 years ago. It has to be in my top 10 albums ever recorded.

The remastered cd adds a short coda that works really well and adds to the emotional power of the album. it wasn’t on the vinyl or first cd issue. I’d be very interested if anyone reading this can tell me why it wasn’t on the original record.

I haved loved Dirk Hamilton’s first album, since I first heard it more than 25 years ago. Among the thousands and thousands of albums I have heard, this rates very very high, if I had to make a top 100 or even a top 10 list. It touches me as much, every time I hear it again. I hadn’t heard it for too long because my copy is on vinyl and it’s been a time since my turntable has spun. If you are reading this, please make sure you hear Dirk Hamilton’s ‘You can sing on the left or bark on the right’. It’s on Spotify, as are his first four albums, which are all masterpieces. There’s a great live show on Wolfgang’s Vault